Recovery of Millstone from Flowerdew Mill 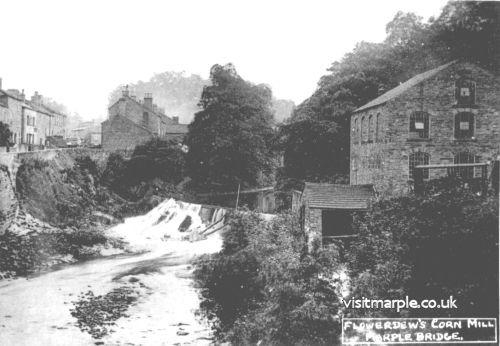 In the autumn of 2002 MAVIS managed to achieve a project that we had all but given up on two years earlier. Back in April 2000 we were told by a Marple Ex-Pat living in Germany of a millstone buried near the River Goyt. At the time we were unable to locate it - not surprisingly it turned out - as we were looking in the wrong place! After stumbling across it accidentally two years later it was recovered and stored by a team of volunteers that included Jon Bintliff, Peter Clarke, Steve Condliffe, John Conners, Adrian Ellis and Mark and Paul Whittaker.

In 2004 the millstone was set into a new planted area at the entrance to Brabyns Park, opposite the site of Flowerdew Mill, at Marple Bridge, where it came from. This was carried out by Stockport Council's Parks and Recreation team under the guidance of Adrian Ellis, who manages our local parks.

The interpretation board explaining where the millstone had come from was fitted in February 2005 by Adrian Ellis and Mark Whittaker. A representation of this is shown below